He has been interested in contemporary music throughout his career, but it is in the last decade when his activity has focused on today's music. He began a close relationship with composers such as Boulez, Lachenmann, De Pablo, Halffter, Hosokawa, López López and many others, both as a soloist and as a member of Plural Ensemble, of which he has been a member since 1999 and with which he has performed at the Aspekte festivals in Salzburg, Présences de Paris, Ars Musica de Bruselas, Atempo de Caracas, Musica de Strasburgo, Quincena Musical de San Sebastián, Festival de Música de Alicante, Klangspuren Schwaz del Tirol, New music Week de Shanghai or and in cities such as New York, Paris, London, Berlin, Seoul, Venice, Lisbon, Utrecht, Bremen, Lyon and Rome.
His recordings include the Concierto para piano y orquesta and the Movimientos para dos pianos y orquesta by José Manuel López with the Deutsches Symphonie Orchester conducted by Johannes Kalitzke, for Kairos, the complete work for piano by Cristóbal Halffter and the one by José Manuel López López with Verso, which also published an album with works by Messiaen, Ligeti, Takemitsu and Cage. He has recorded three monographs, with PluralEnsemble, dedicated to Fabián Panisello (col legno), César Camarero (Verso) and José Manuel López López (NEOS) apart from an album with the Castilla y León Symphony Orchestra with works by Antonio José for the Naxos label. He has also recorded Dipolo, together with cellist David Apellániz, as part of the BBVA Foundation's Spanish and Latin American Composers of Contemporary Music collection, in collaboration with the Verso label. He has also performed, together with PluralEnsemble, Ligeti's Piano Concerto, published by the NEOS label and the BBVA Foundation. His recording with Claron McFadden of Ramón Humet's Homage to Martha Graham with the NEU label has just appeared on the market.
His most ambitious project to date is e-piano_video&electronics, a CD-DVD distributed by the IBS Classical label with the collaboration of the BBVA Foundation and with the most recent music for piano, electronics and video by Fuentes, Paredes, Humet, Estrada, Edler-Copes, Morales-Ossío and Navarro.
For four years he has been guest professor at the Catholic University of Santiago de Chile and the University of Santiago, and on three other occasions at the Centro Nacional de las Artes de México in Mexico City. Between 2013 and 2014 he has also been a piano teacher in the project "Europa u Bram" in Poland. He is a professor of Chamber Music and Contemporary Piano and coordinates the Contemporary Music Workshop at the Conservatorio Superior de Música de Salamanca. 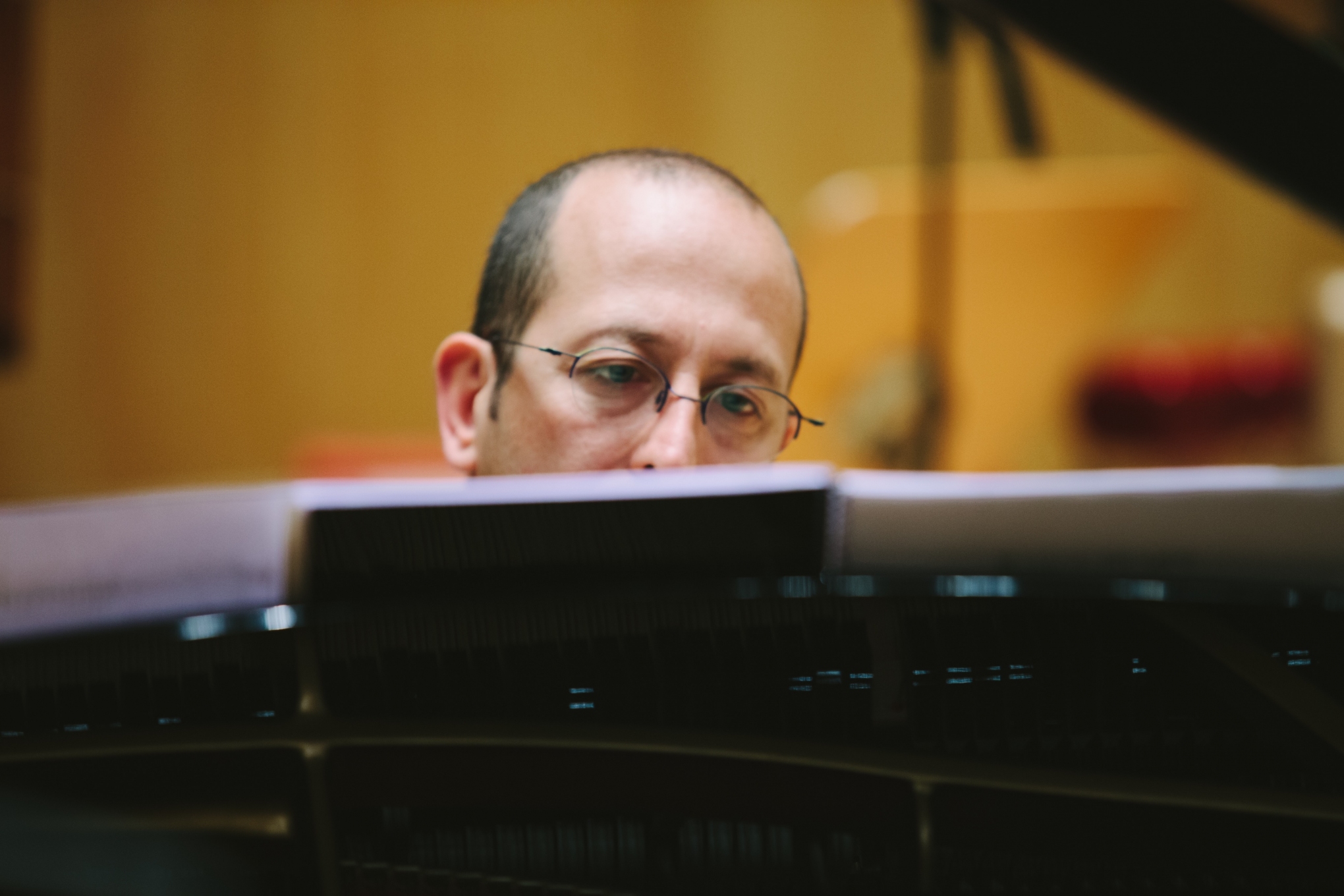 Alberto Rosado Carabias (Salamanca, 1970) has given recitals in the main cities and festivals of Europe, America and Asia and has performed as a soloist with some of the best European orchestras and ensembles directed by P.Eötvös, S.Mälkki, J.Pons, J.Nott, F.Panisello, R.Frübeck de Burgos, J.R.Encinar, P.Halffter, A.Tamayo, Z.Nagy, J. L.Temes, P.Rundel, etc. He has been a pianist with Plural Ensemble -Madrid- since 1997. His recordings include the Concerto for piano and orchestra by J.M.López with the Deutsches Symphonie Orchestre directed by J.Kalitzke, for Kairos, the Concerto for piano by Ligeti with Plural Ensemble and Fabián Panisello for Neos and the complete work for piano by C.Halffter and that of J.M.López López with Verso, with which he also has a record with works by Messiaen, Ligeti, Takemitsu and Cage. His most ambitious project to date is e-piano_video&electronics, a CD-DVD distributed by the IBS Classical label with the collaboration of the BBVA Foundation and with the most recent music for piano, electronics and video by Fuentes, Paredes, Humet, Estrada, Edler-Copes, Morales-Ossío and Navarro.
He teaches chamber music and contemporary piano at the Conservatorio Superior de Castilla y León, where he manages the Contemporary Music Workshop.